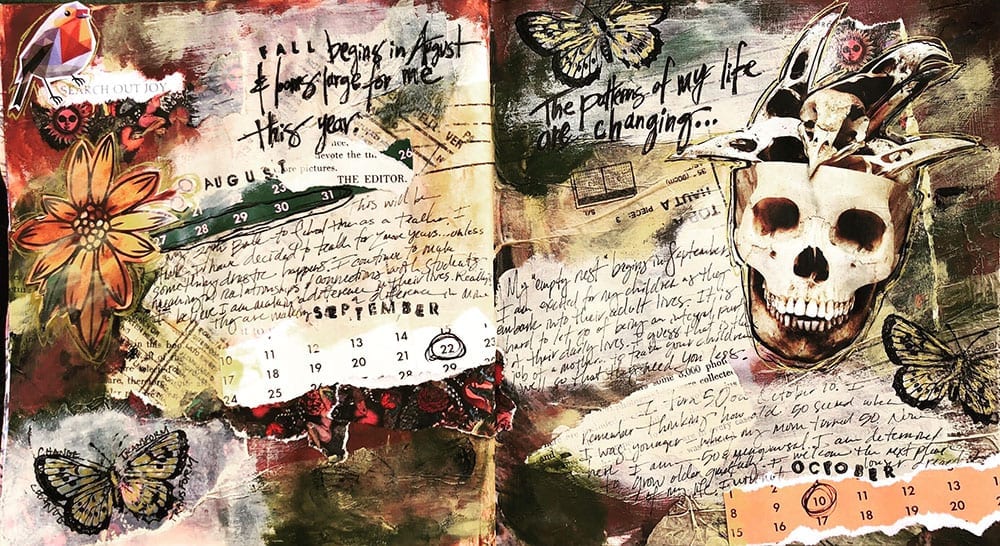 Holly here. Like many others, when I make a homemade art journal or alter a book to create in, I like to devote the entire book to one theme or season in Get Messy. When the season is announced I begin to think about how that season’s theme speaks to me.

I began to think of a motif that could run through my art journal to represent this season. Change does not always have to be bad. Change can be seen as a transformation, or metamorphosis, if you will. A motif is defined as a distinctive feature or dominant idea in an artistic or literary composition. Motifs can bring a sense of cohesiveness into a journal that may have been missing before. For this book, I decided the butterfly was the perfect symbol of change. 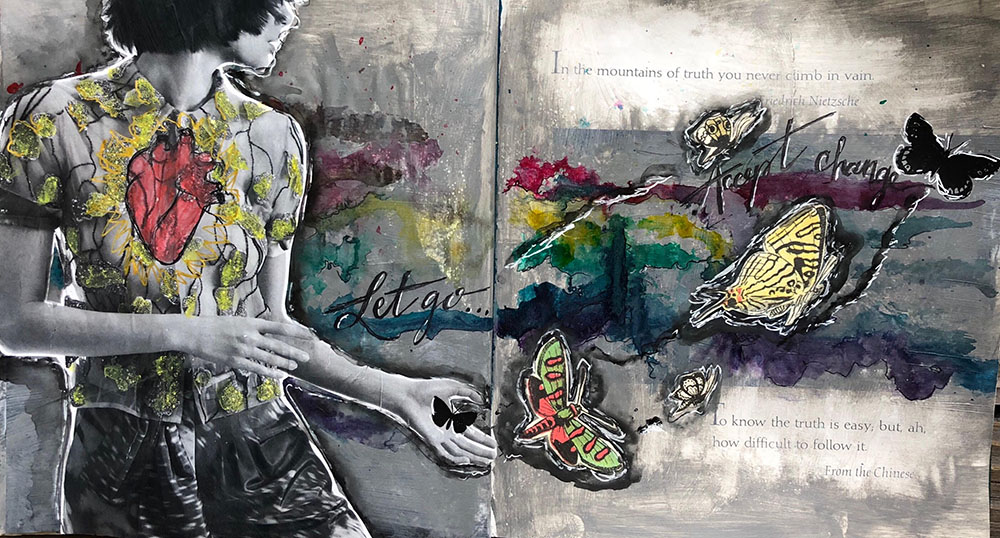 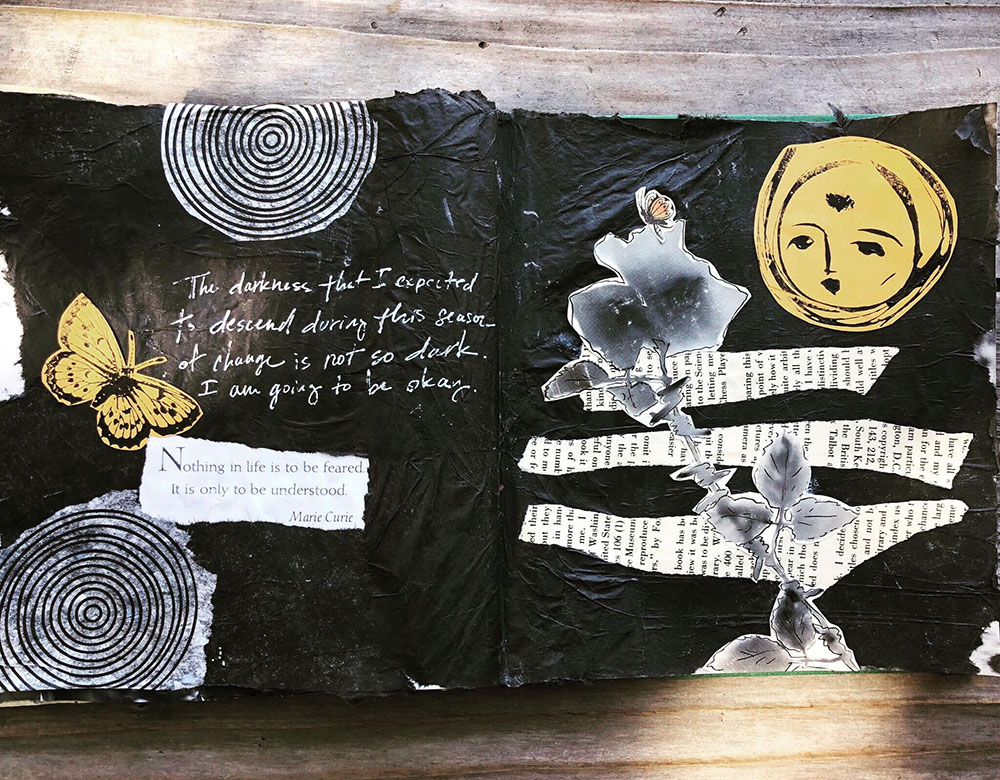 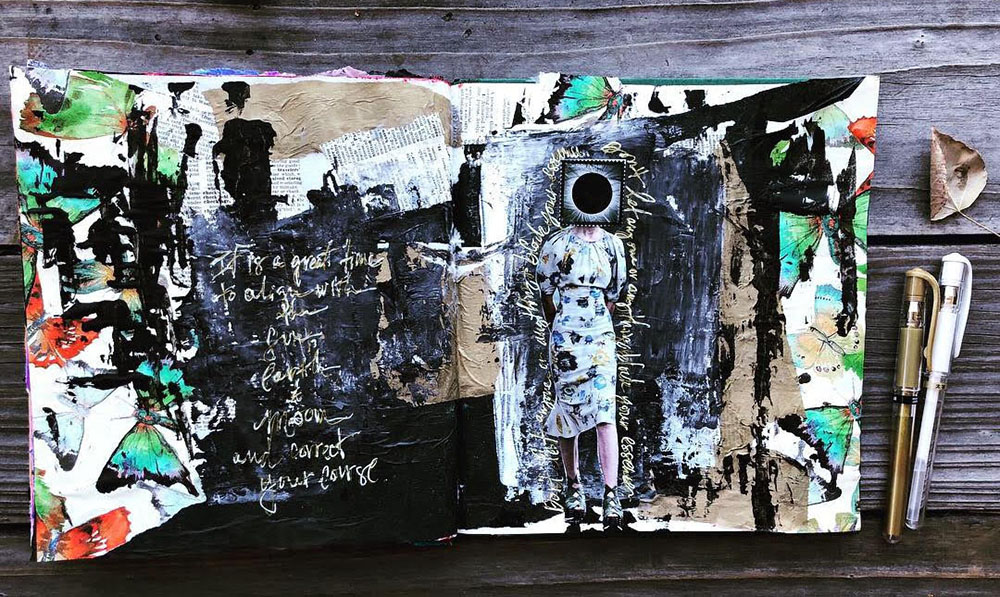 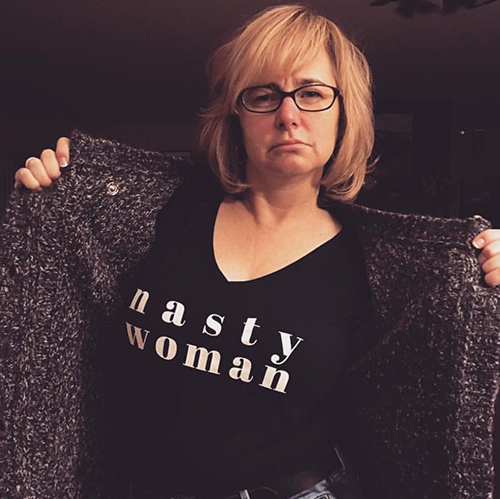 Mom, wife, and middle school teacher, Holly Janssen recently rediscovered her love of creating mixed media art. Art journaling has brought her hours of joy, meditation, and friendship. Get Messy is the best community of unconditional friends she could have ever stumbled upon.