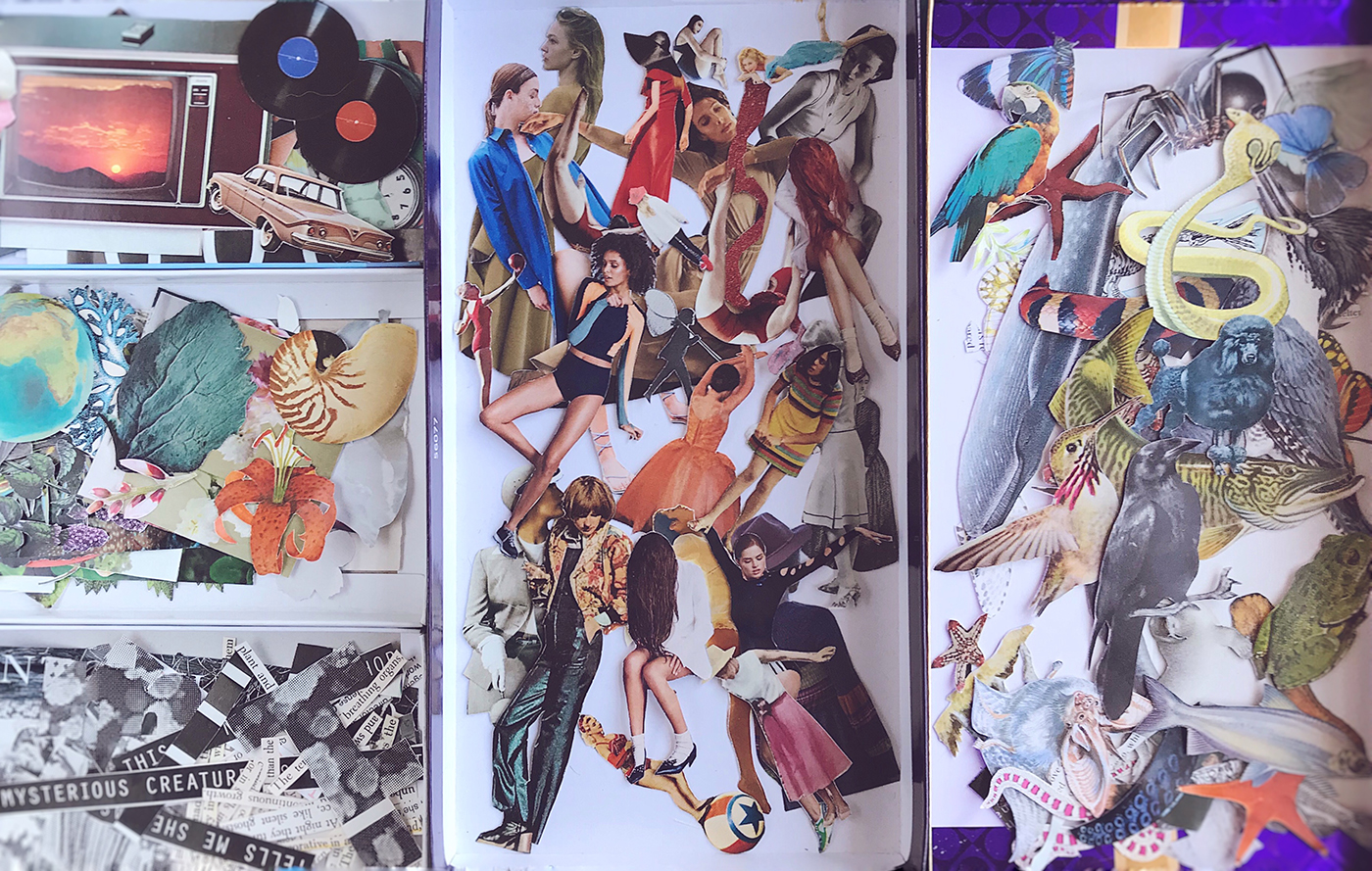 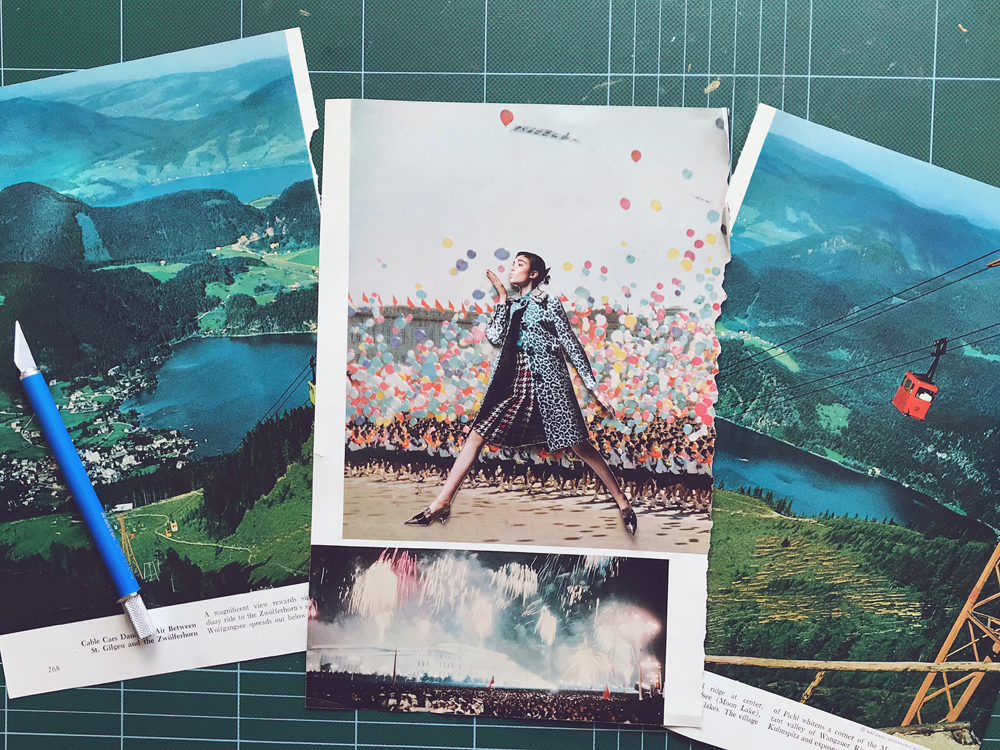 Hello Artists! My name is Amanda and I’m a collageaholic.  Today I’ll be giving you some tips for getting started with collage and creating a fun, uplifting journal spread.

I’m drawn to collage for many reasons.  The ease of getting started with minimal supplies and reusing ephemera, the thrill of hunting for old paper treasures, the challenge of finding images to represent my thoughts and emotions, the meditative cutting and the weaving together of paper to create new stories. 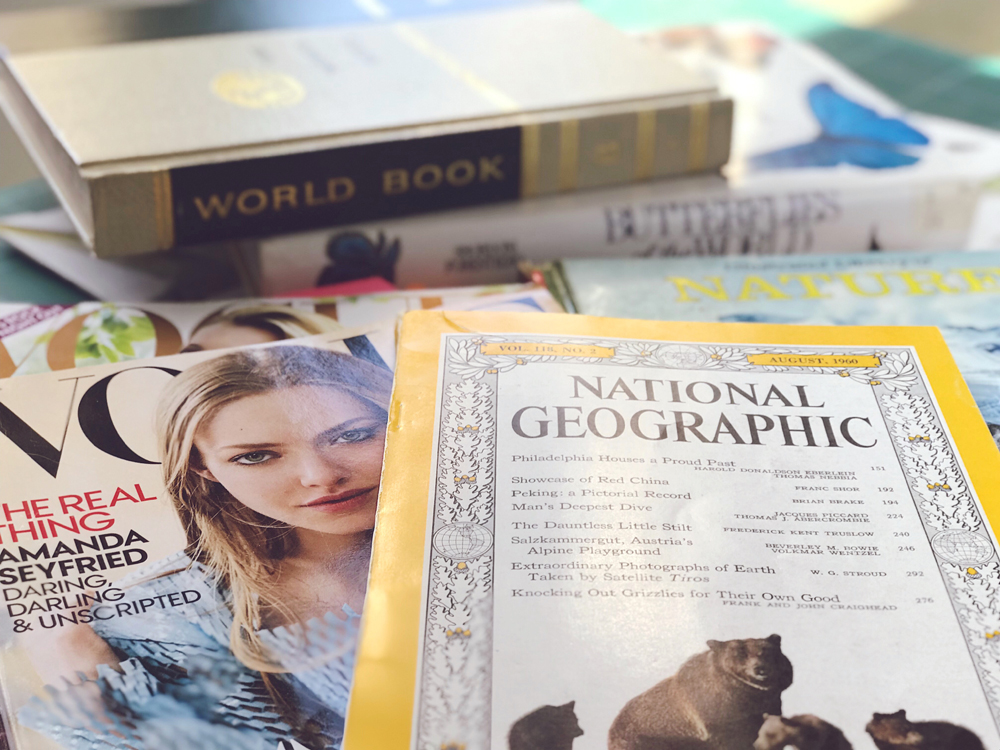 Tips for getting started

In the video below, I show you my supplies, how I organize my cut-outs and flip through my favorite image sources to explain a bit about why I choose certain images. 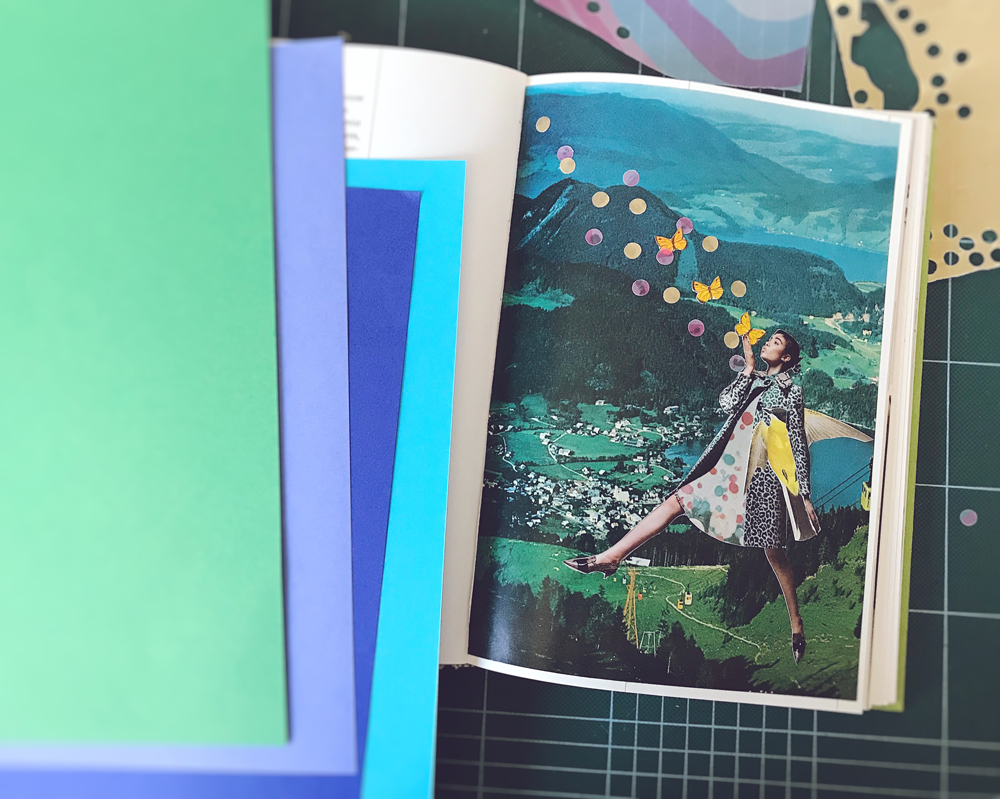 In the video, a time-lapse will show you how I composed the spread.

Step 1: I started by cutting the dress off the woman and replacing it with the image of the balloons to add to the floating, joyful feeling.

Step 2: I chose a background image with a view from the sky so the woman would appear to be high up.

Step 3: Then, I cut out some birds and butterflies I thought would work well with the woman and to symbolize freedom and lightness.  I was looking for a bird facing to the left that would fit under her arm and appear like it was carrying her through the air and small butterflies to add to her hand and to the sky for some movement.

Step 4: I trimmed the background photo and glued it in my journal.

Step 5: I placed and glued the bird under the woman’s arm and glued her and the butterflies onto the background.

Step 6: I used the hole punch to create some fun confetti with gold and pink vellum.

Step 7: I then glued in the green cardstock on the opposite page.  I wanted a simple solid background to add a quote.

Step 8: I added some more confetti dots to add to the movement and to help the pages tie together. 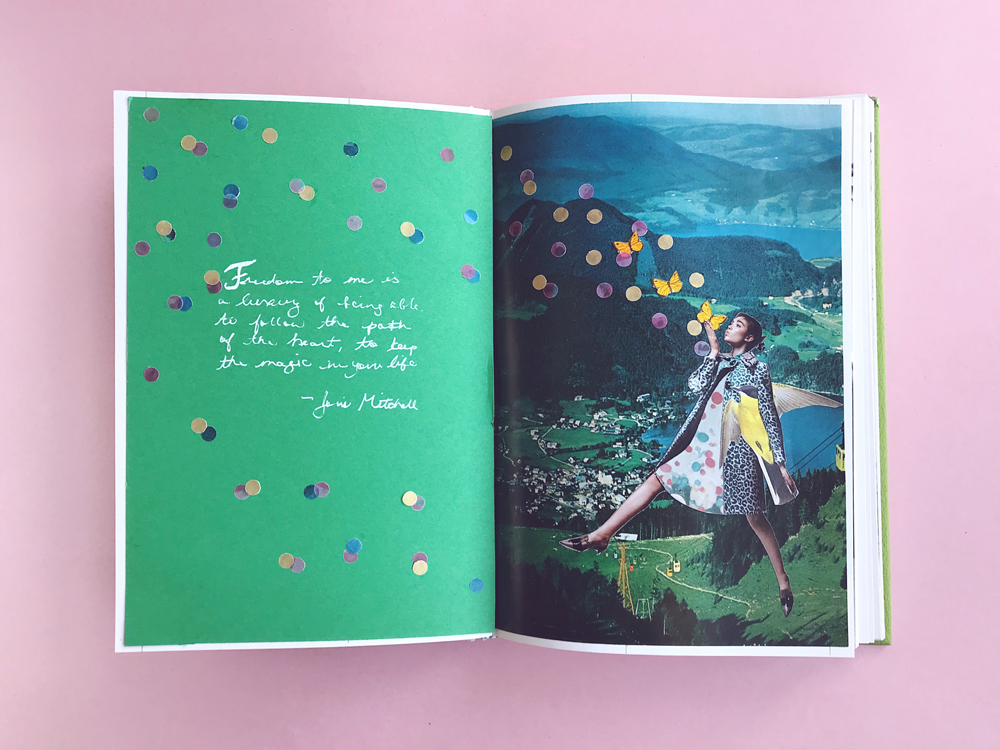 I would love to see the old books, magazines and images you find (I’m a nerd for this stuff) and your collage creations! Happy hunting & collaging! 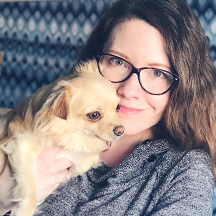 Amanda lives just outside of Edmonton, Alberta, Canada with her husband and two adorable blonde fur babies. Besides art, her happy places are in nature, music, books and thrift shops.