Bookcast Series 2: It’s All About the Proposal 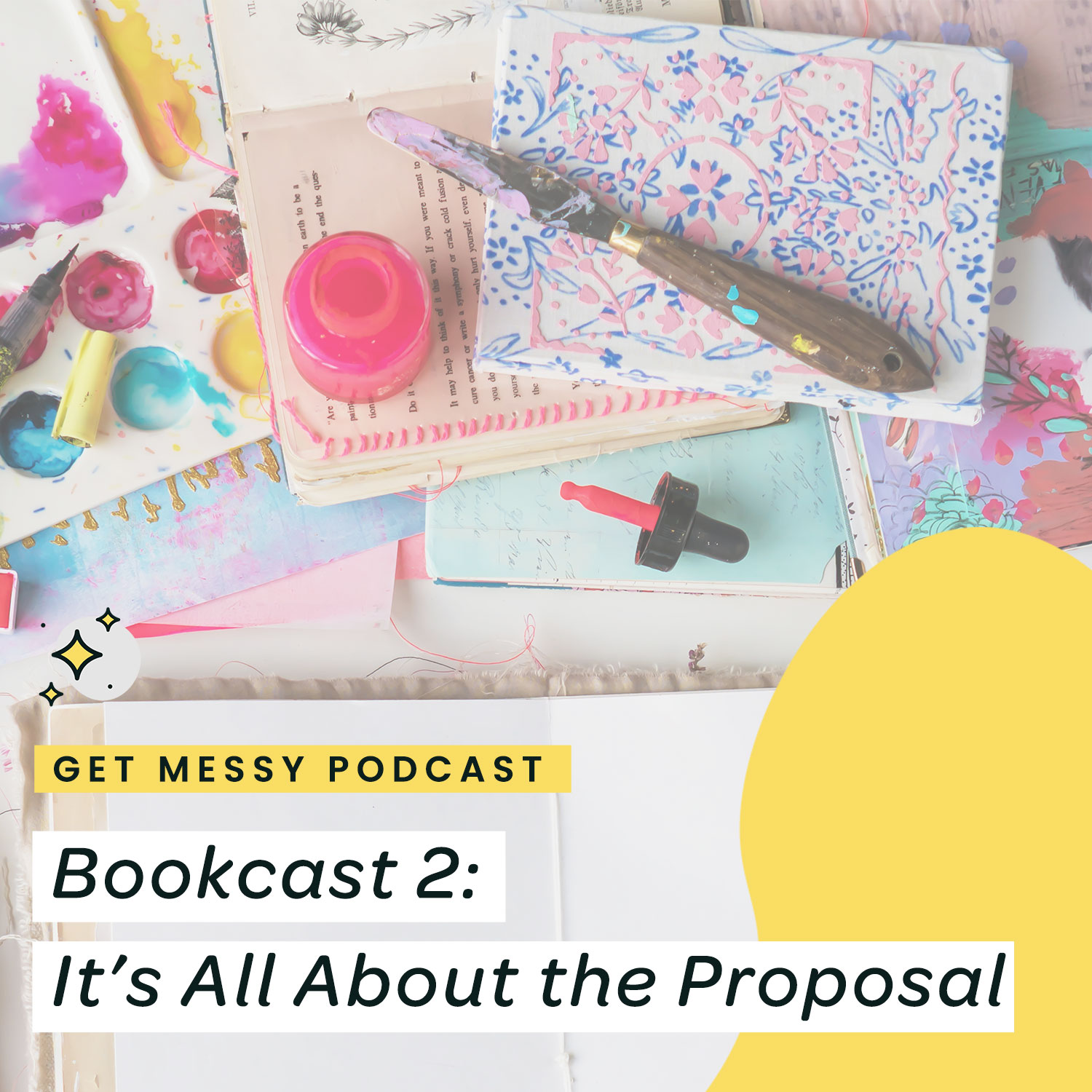 The proposal was the first official task to writing my book. It’s also what ended up being my compass and my rock. It was a mammoth task, but it was also easy? Why? Because I had already done the work… the year before in a very deep way and also every single year for 5 years.

This is the second episode in my Bookcast series. Bookcast is a group of podcast episodes dedicated to sharing the behind-the-scenes of writing my first art book. In the series, you’ll find tips for writing your own book, and insight into the messy middle of book writing.

If you’d one day like to write a book yourself (YAY), I’ll be sharing tips. I won’t be the only voice in this series either. I’ll be talking to my editor as well as to someone who has self-published their own book, a fellow author who published with Quarto too, a friend who published with the same publisher and editor (which is crazy), and someone who is currently in the process of writing her book.

If you just like hearing the process, I’ll be sharing that too. Duh.
So much goes into a creative p[roject – whether it’s a book or a journal page or a collection. I’m all about sharing the messy middle.

I don’t know how to share the story of the book without sharing it as a story.

We left off at Jeannine emailing me – letting me know my dreams had all come true and asking if I was interested. After screaming, I’m not sure if I emailed back “DUH” or phoned T first but both were equally as exciting.

Jeannine and I scheduled a time to chat over the computer. It was terrifying as hell – surely as soon as she met me, she’d remember that oh Caylee is NOT actually an author, this is a mistake, reverse.

I decided to let those voices come with me in the first meeting, but not let them drive.

But as soon as we met, I was calmed. Jeannine is friendly and kind and excited and knows her shit. She said nice things!! About my business!! About my art!! About me.

I expected the book world to be scary and cutthroat but instead, it was kindness. Others who were just as excited about this project as you are (even though they’d done it 100 times). People who knew your book as well as you, who put their own heart on the line too.

Even if you have a publisher contact you (rather than other means, such as using an agent), you still need to create a proposal. A proposal includes a bit about you, the work you’re doing, and your audience. For me, this included Get Messy and Get Messians.

A proposal also includes what you’d like to write about. You’ll include a contents page, and include the projects you’d like to share, but no need to actually write anything yet. A bird’s eye overview.

I needed to create one of these for Jeannine to present to her colleagues. A publisher will not publish a book for the author’s sake. They have to know someone will read it.

The proposal was the easiest part of this process. Not because it’s an easy process, but because I had already done the work.

The year before, my business partner had left the company. I had bought her shares, we split the business savings in half, and I was left with nothing except the platform we’d built. It costs a hell of a lot of money to start a business in Germany (unlike America, which has very low costs to start an LLC). I had to find investors if I wanted to keep Get Messy going.

Part of searching for investors means a lot of proposals. It means running a lot of numbers and being very objective about something that took so little objectivity to create. Get Messy is such a big part of my heart, that it’s tough not to be subjective. It was and always has been a heart job. But in 2019 it quickly became something that needed to be quantified.

When you start a business in Germany, you are creating a contract with the freaking government of GERMANY that people can trust you. You sit down with a notary for 2 hours as they read the contract that you have made with someone with a lot more power than you and make sure you understand every single word. Also, it’s in German. I can barely understand English legalese, but a translator would have cost a few thousand euros and so I really put my language skills to the test.

So I had already run the numbers. I knew exactly how many people Get Messy was reaching. I used the template I’d used for the investors and updated them. It was fun updating them a year later and seeing the growth. I wanted to introduce the publisher to the two sides of Get Messy – the data and the heart.

The second part of the proposal was easy too. Again, not because it was easy, but because the work had already been done.

I had a very clear idea of the kind of book I’d like to put into the world. I wanted a book that was Get Messy on paper.

In the proposal, I included the focus, the vibe, and the structure. I modeled it around (you guessed it), Get Messy. And then the outline.

I’m not sure if other book proposals include pictures, but mine did. I had to do that to get grips on it. I included my art and the art of artists I had in mind. I wanted this book to be a collection of artists and art techniques that met you where you are. In the season of life you’re currently in. But it still had to be cohesive.

Jeannine was happy with my first round of the proposal. This proposal was the compass of the book. It didn’t change much from the original concept. Most of the lessons I wanted are in the final book. And it guided me during the writing stage and all the rest.

Every time I was unsure if something fitted, I checked the proposal. Does this have the feeling I’m wanting to give? My focus for the book was imperfection. The vibe I wanted was a friendly partner in art. The structure I aimed for was having the book as a hiking trail. Available and achievable to prolific pros and blossoming beginners alike.

Like I said, I had already done the work. I had five years of experience with this.

If you wanted to write a book, I’d start with the proposal. Put together a formal way of sharing the beatings of your heart. Be both objective and subjective about it. Include the data. Include the heart. Use a mind map if you need, or pictures like I did.

Everything is already in your heart. You have already been thinking about it. Your entire being – the things you like, the people you gravitate towards, the supplies you choose – all of it culminates into your style and the perfect book for you to write.

Heartstorming is a fantastic way to get these things out of our head and onto paper. Heartstorming, then highlighting.

Your proposal is allowed to change overtime, but it works very well as a compass. It also works well as a checklist.

And if that all still feels like too much, you might want to come up with a mantra. My mantra was “this is my first book. It’s going to have mistakes. That’s okay. There will be things I haven’t yet learned that I’ll only know by my tenth book. That’s okay. I am going to put my entire heart in it.”

Jeannine presented the proposal to the powers that be at Quarto. I’ll leave the results as a nice little pause until our next episode. Although. I’m terrible at click bait because we already know what happens… 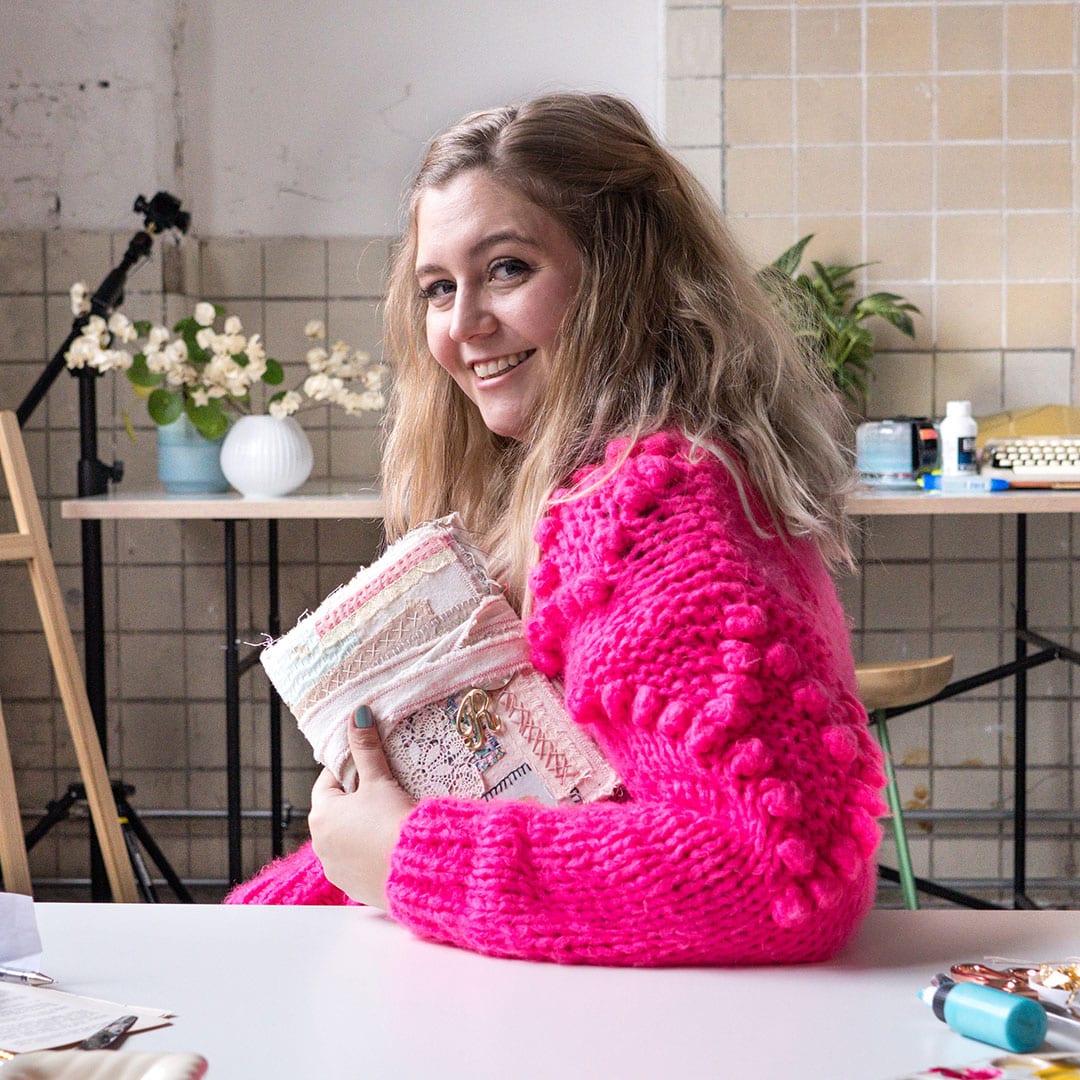