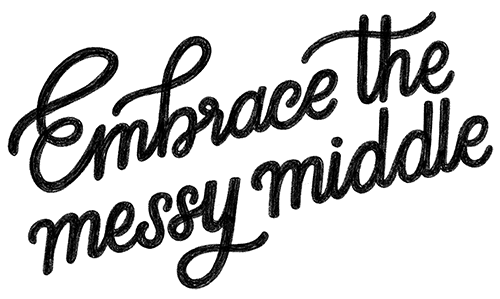 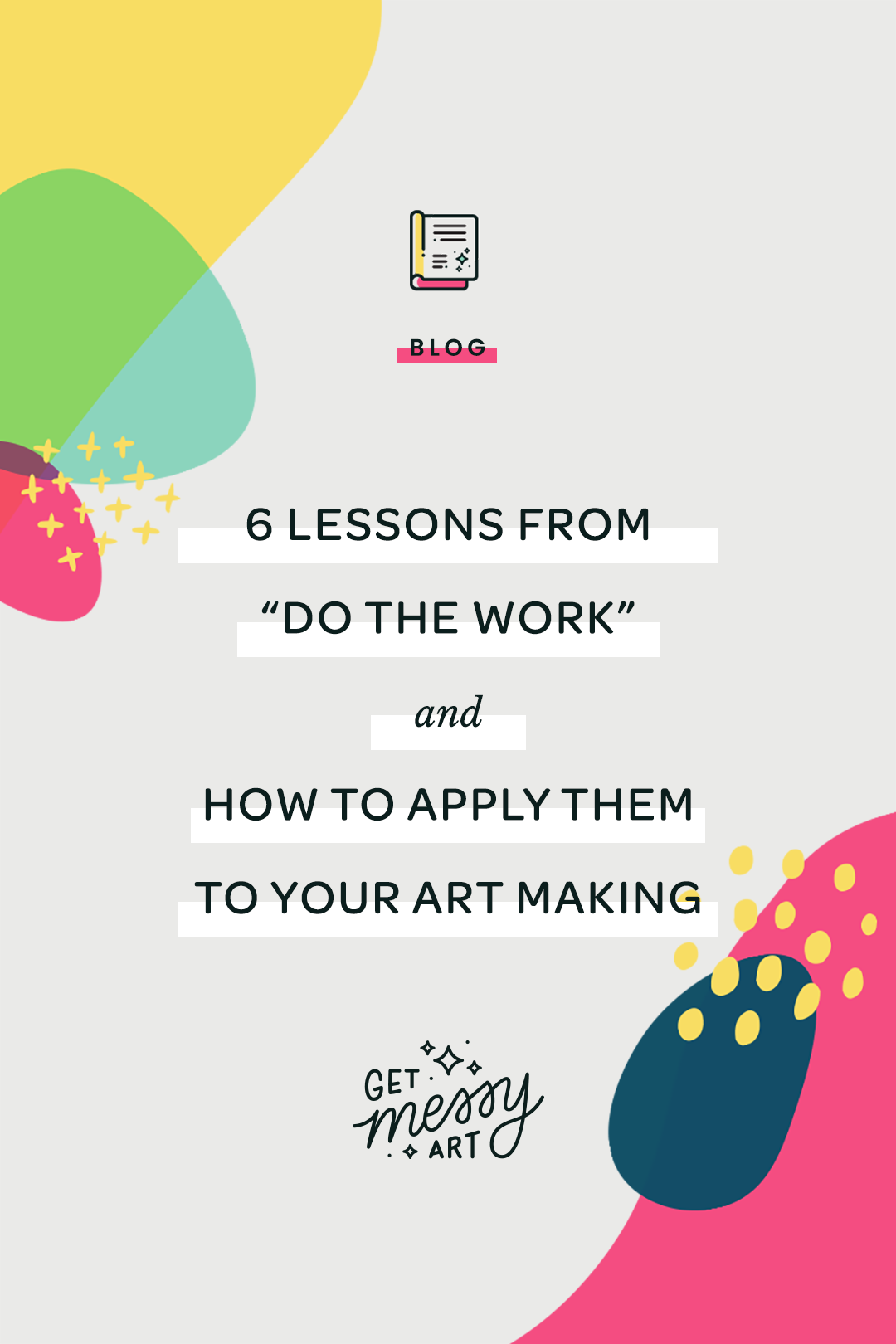 If you’re part of the Get Messy community, you have almost definitely heard of Steven Pressfield. If you haven’t, he’s an author and Caylee Grey’s favourite guy (apart from her delightful husband and son, T and E). As well as Steven’s foundation in writing screenplays and works of historical fiction, he’s also published numerous works about the creative practice and process: including Do the Work. 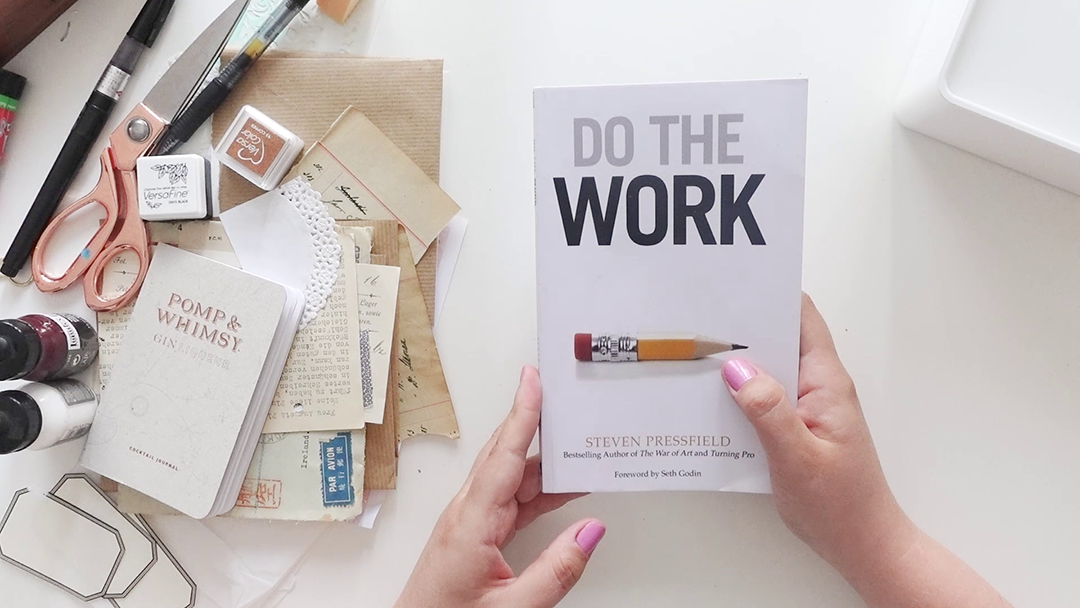 Do the Work is a 100 page book that lays out the nuts and bolts of getting creative work done: focusing on writing, but the same principles could be applied to any artform. It accompanies the reader from the beginning to the end of a project, spelling out the various stumbling blocks that get in our way and how to get over them. I was recently lent the book by a friend and rocketed through it in about two hours. Yes, it’s only a short book, but yes, it’s also that good. And yes, I would highly recommend that you read it. But in order to pass on some of its wisdom before it’s in your hot little hands, here are 6 important lessons that I learnt from Do the Work – and how to apply them to your art making.

The Lessons, in brief: 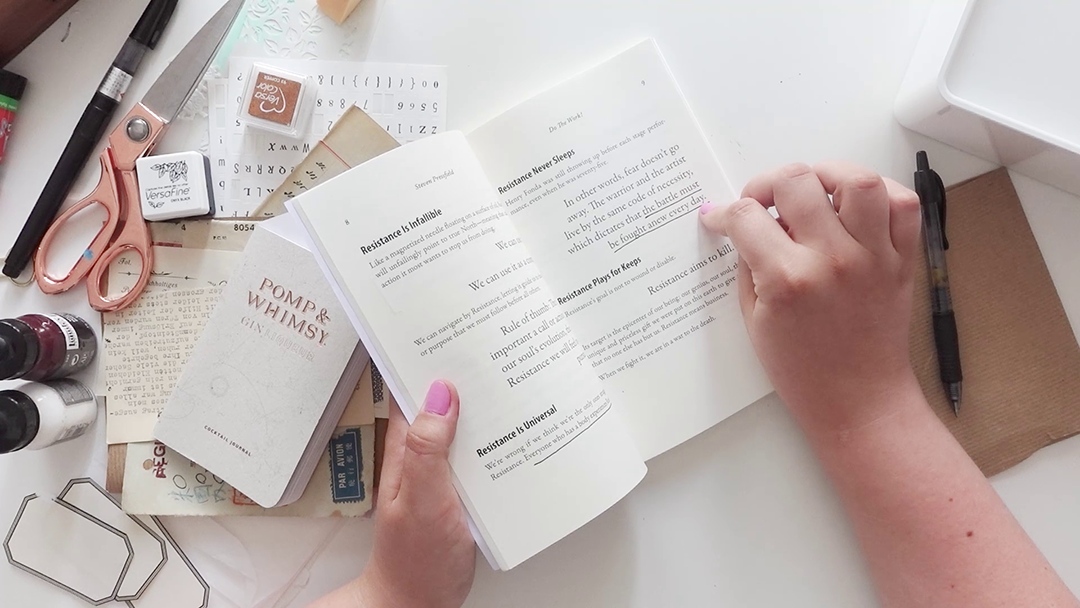 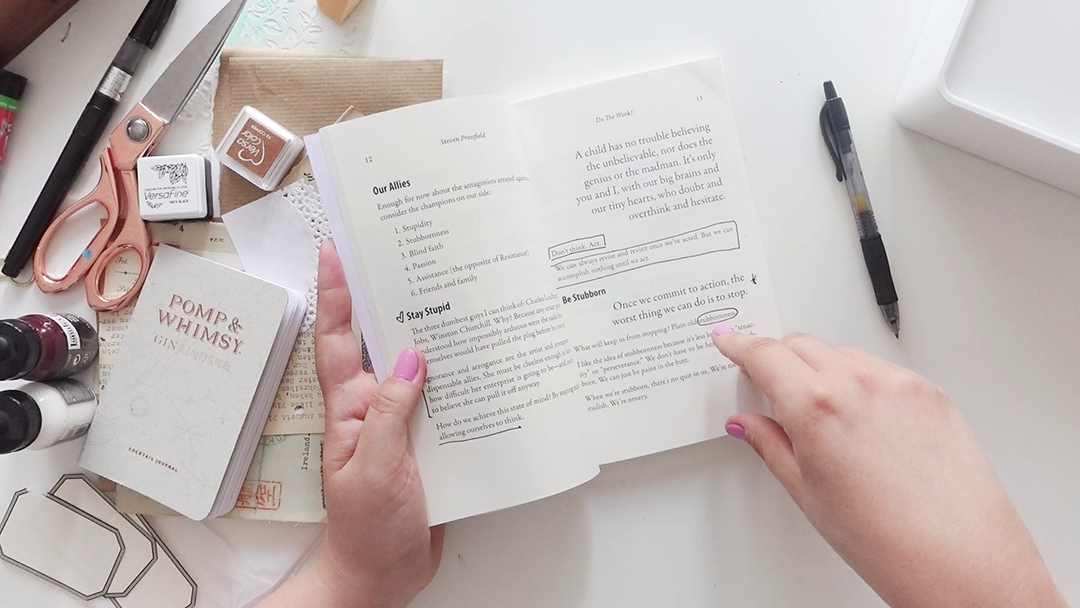 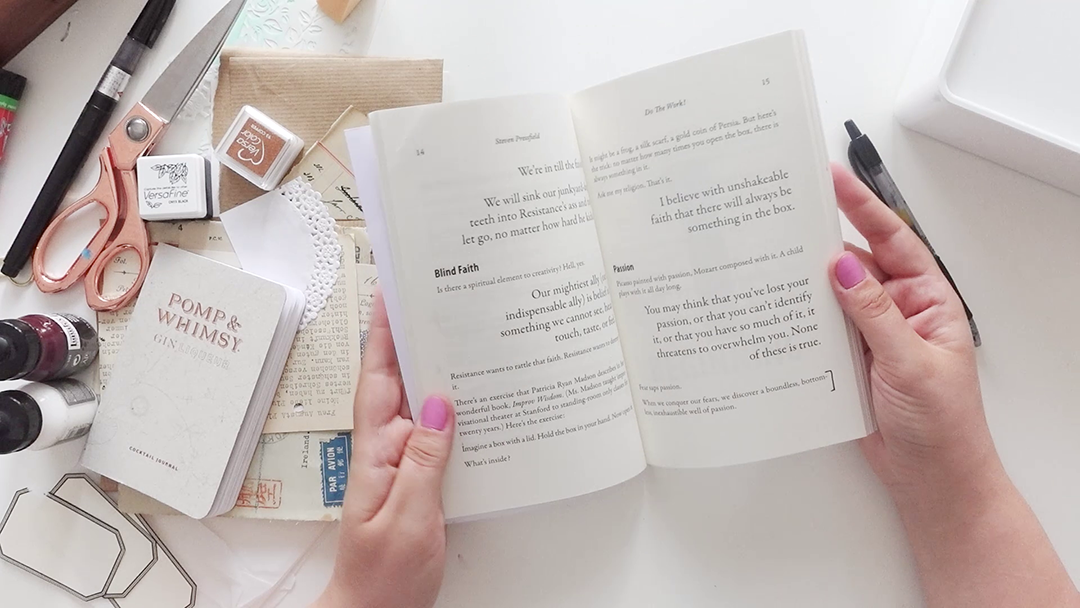 Before we dive into the lessons, I have to introduce you to a key character in Do the Work: Resistance. Steven talks about Resistance with a capital R. Yes, we’ve all heard the word before. But what does it mean in this context?

Resistance is a real, powerful and highly creative force which will basically do anything that it can to stop us “doing the work” – the work being whatever it is that you know, deep down, you want to be doing. Your heart’s desire, that creative project, your calling, the next step.

To flesh it out quickly, here are a couple of things Steven says about Resistance:

Whether an artwork, an art journal, an exhibition proposal or something else entirely, we’ve all had ideas for our artistic endeavours which we have either failed to start, or otherwise started and soon lost interest in, put off, completely avoided, and ultimately ceased to bring to completion.

The stories that we tell ourselves about why we keep procrastinating and putting them off are many and varied: I don’t have time. It’s not the right time. I don’t have the right materials. It will suck. I couldn’t bear it not being a success. I couldn’t bear it being a success. I need to vacuum the house/wash my hair/answer my WhatsApp messages/sort out my old clothes/get inspiration on YouTube/do more research/water the plants/go for a run/finally call my mum. You get the picture. 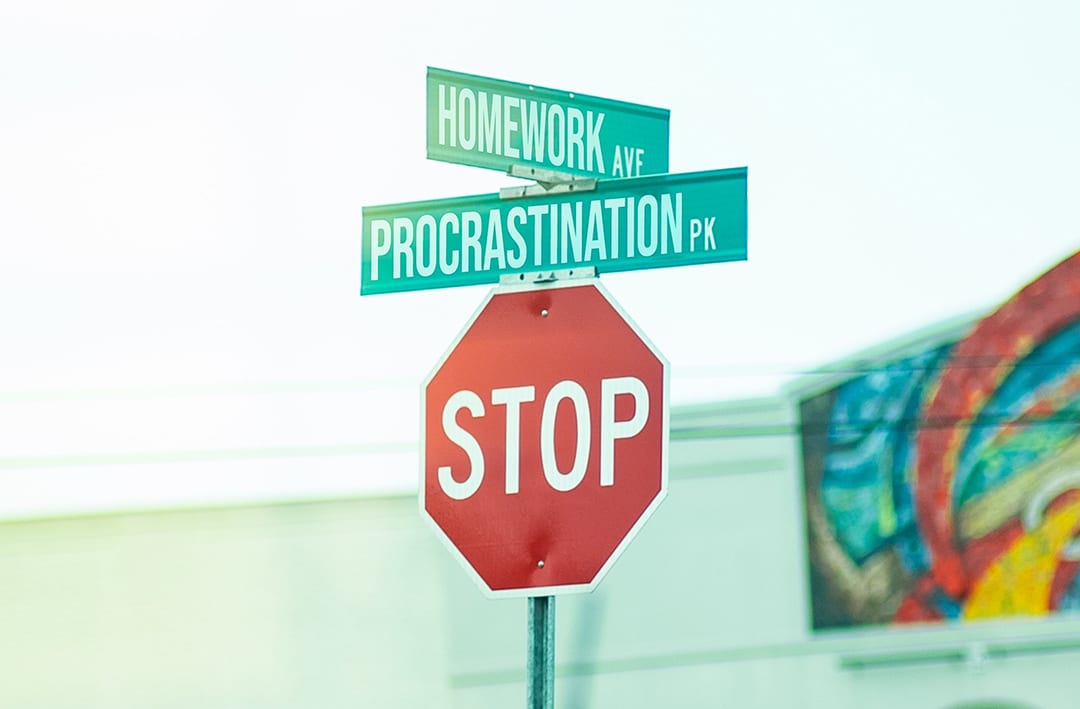 Sounds pretty dire, I know. But there is some good news when it comes to old mate. Resistance can be also used as a compass: the greater the resistance you feel, the more likely it is that this is something that you should be doing.

Ok. You’re up to date. Onto the lessons. 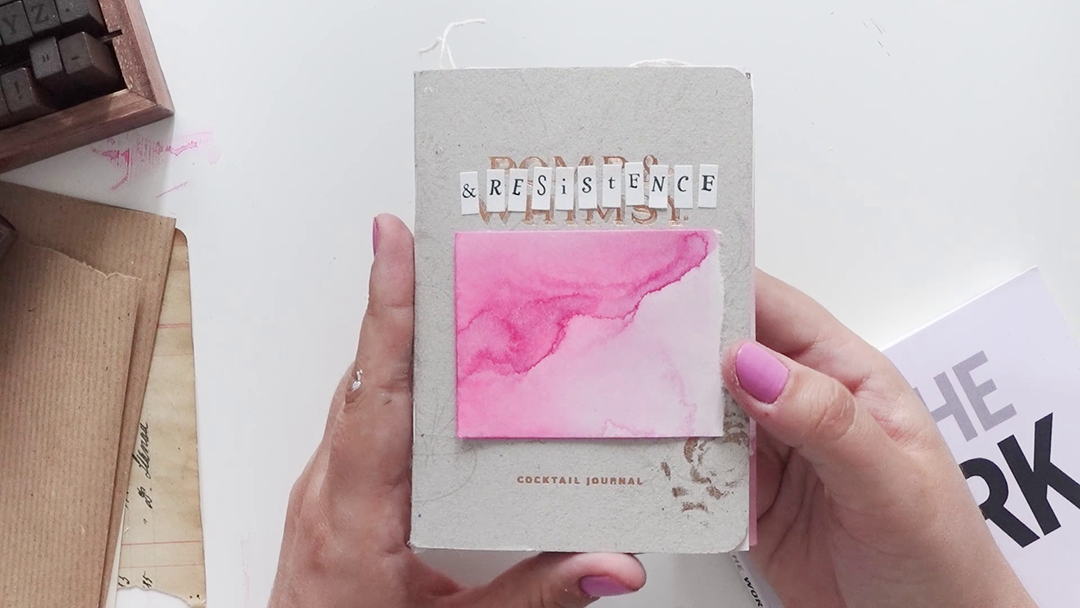 Lesson 1: It’s not just you

It’s not your fault. It’s not just that you’re lazy, unmotivated, not passionate enough. There’s not something inherently wrong with you because you have insane procrastination skills or upwards of a dozen unfinished projects lying around your house. Nope. Uh-uh. While resistance feels intensely personal and attacks us where it hurts, it’s acting objectively, like a force of nature. In short, you’re not as messed up as you think you are.

It’s affecting everyone. All those people you see succeeding? Your favourite artist who makes being them and being creative look so damn easy? Yes. That’s right. They are all experiencing resistance too. So cut yourself some slack. You haven’t painted in god knows how long not because you’re useless, but because resistance is there and it’s unavoidable.

The idea for your next artwork or creative project has been borne, or has maybe even been floating around in your head for a while. But you want some more time to mull it over, do some proper research, weigh up the pros and cons, wait until you have enough time to properly apply yourself to it…you’re just not ready yet.

These are all procrastination techniques; they’re essentially protecting you from taking the plunge into the unknown. Start now, before you have the time to second-guess yourself. Start before you’re ready.

Do you want to start a large-scale painting and only have twenty minutes to spare? Get out the gesso and start putting down a base layer. Beginning a new art journal? Grab your journal and start scribbling, or start cutting images that you’re drawn to out of a magazine. Get out the clay. Get out your oil paints or your old material scraps. Sketch whatever is in front of you. Start making a mess. You’ll figure out the rest along the way.

As Steven would say it, swing for the seats. He says,

“If you and I want to do great stuff, we can’t let ourselves work small. A home-run swing that results in a strikeout is better than a successful bunt or even a line-drive single.”

He continues, “Start playing from power. We can always dial it back later. If we don’t swing for the seats from the start, we’ll never be able to drive a fastball into the upper deck.”

While I know jack all about baseball (despite my few awkward tee-ball seasons in primary school), I’m pretty sure both you and I get the analogy. Forget your insecurities and fears and any potential limitations. Think big. Dream bigger. Aim for this artwork to be your pièce de résistance (see what I just did there?).

Lesson 4: Stay stupid and get the first draft done ASAP

Steven explains that the rational mind is borne of the ego, and is the enemy of creativity. So everybody listen up: stop thinking so much. And what to do instead? Act. Get moving. Get your ideas going. Get it done.

“She must be clueless enough to have no idea how difficult her enterprise is going to be – and cocky enough to believe she can pull it off anyway.”

Get something concrete down as quickly as you possibly can: your first draft, your base layers, your mock-up, your basic form, the basis for your journal pages. Whatever you do, do not think too much. Your inner critic is not allowed any say in this process.

When Steven says, “act, reflect. Act, reflect. NEVER act and reflect at the same time,” it reminds me of this awesome story that English Professor Betty S. Flowers tells about talking to her writing class. She teaches them to separate the writing process into four parts or characters: madman, architect, carpenter and judge. Your role right now is that of the madman – so let him loose. Work fast, work feverishly. Spew all of your wild, crazy, ridiculous, dodgy and imperfect ideas out onto the page/canvas/whatever. The other guys (also you) will tidy it up later. 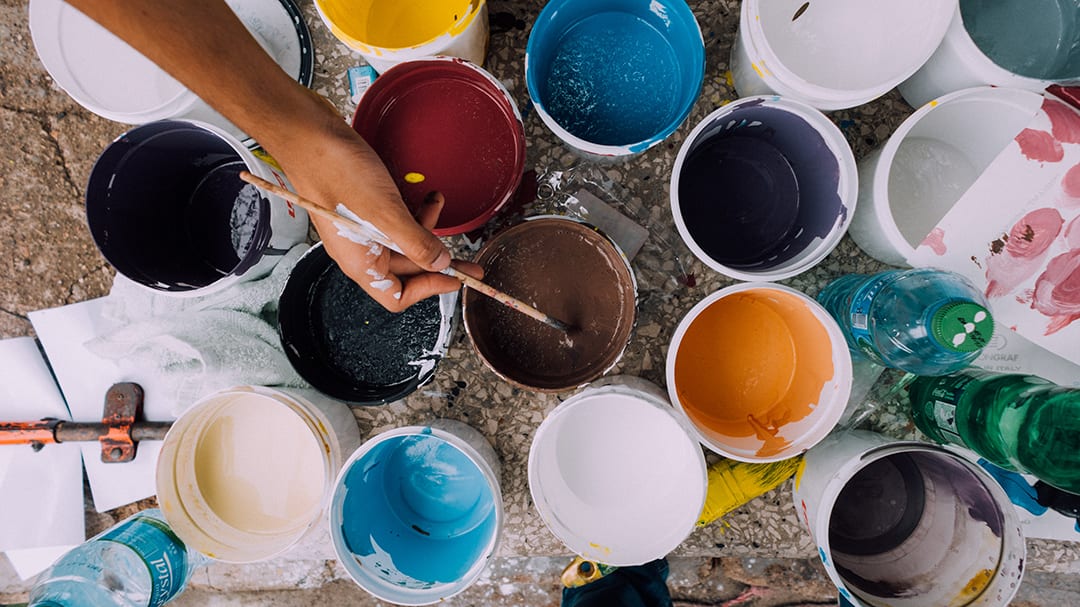 As you hurl yourself into your project you’ll find that a tailwind starts to pick up behind you. New ideas will be generated, new friendships formed, new sources of assistance will open up to you.

“A work-in-progress generates its own field of energy. You, the artist or entrepreneur, are pouring love into the work; you are suffusing it with passion and intention and hope. This is serious juju. The universe responds to this. It has no choice.”

You’re on a roll now. Keep pedalling, but feel the tailwind and let it propel you along. Use this momentum and delight in it.

Lesson 6: Did I mention this already? Resistance is here to stay…but it does get easier

Despite the tailwind, you will hit roadblocks. You will want to quit. Resistance can and will strike again. It will sneak up on you when you’re halfway through a project and feel like you’re in too deep: too late to quit and too early to see an end in sight. It will rear its ugly head when you prepare your works to be hung in an upcoming exhibition. It will find you mere moments after posting a picture of a finished artwork to Instagram, making you feel like deleting it and crawling back into your cave to hide from the world.

It’s annoying, but it’s the truth: resistance will always be there. Every project, every painting, every road trip. Old mate is your constant companion, whether you like it or not. And once we know that we can overcome it, it doesn’t have the same kind of power over us.

I can honestly say that simply naming Resistance, recognising it in my own writing and art making practice, and taking the steps to front up against it has already changed the way that I approach my work. When I come up with excuses, I’m much more likely to recognise them as such. When I have an idea for a new work – or even simply feel the urge to paint/draw/write/make – I kick into gear much more quickly; I don’t give myself as much time to think about it too much and second-guess myself.

“Yeah, he’ll still be there. Yeah, you’ll still have to duel him every morning…But you will have beaten him once, and you’ll know you can beat him again. That’s a game changer. That will transform your life.”

What would a blog post about Do the Work be without some practical ways to take action? Here are a couple of prompts to get you moving:

And the greatest prompt that I could give you is to simply begin: now. ASAP. Before you’re ready. Turn up to the blank page, the canvas, the day, and do the work. 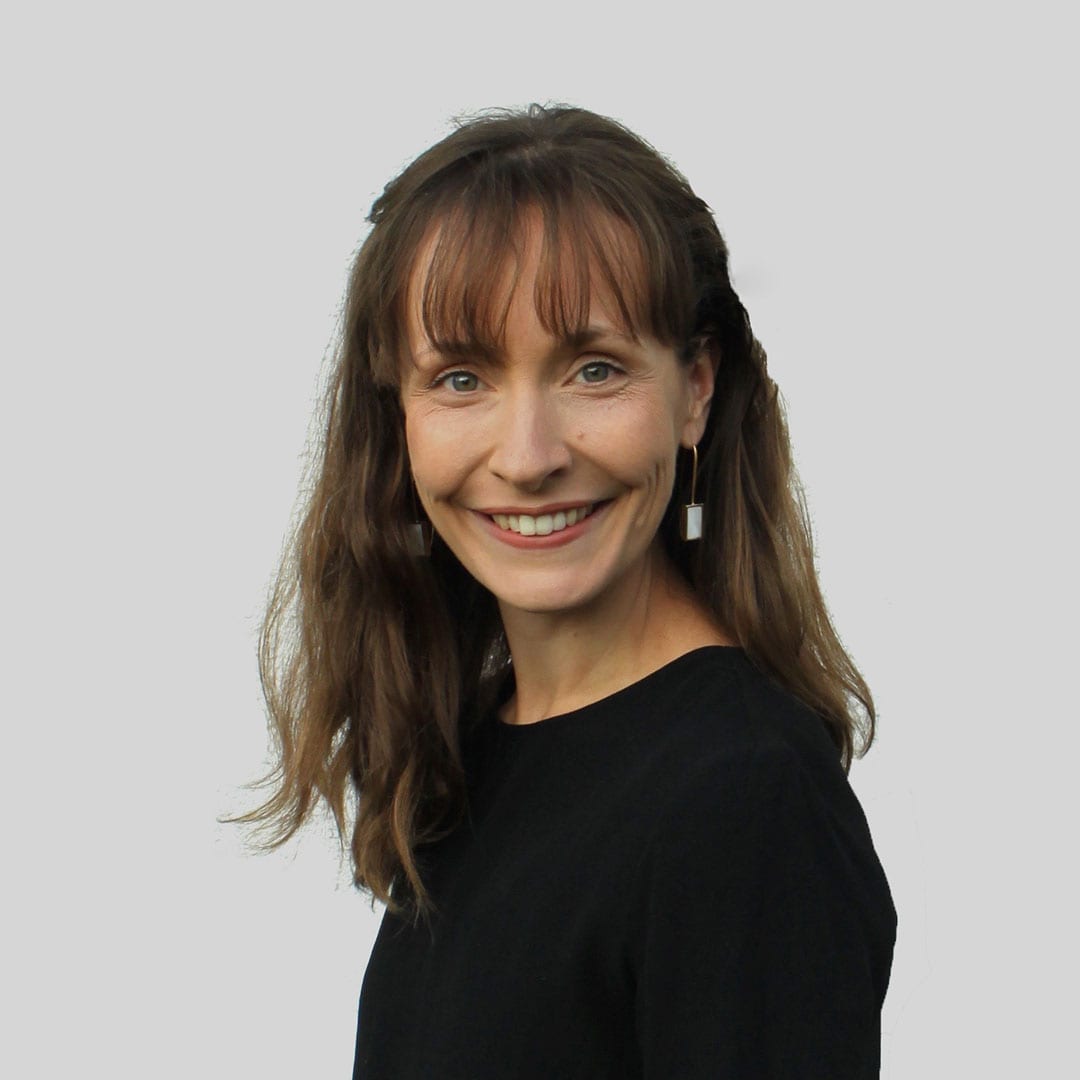 Rachael Helmore is an Australian artist and writer, currently living in Baden-Württemberg, Germany. She writes and makes art to connect with herself, with others and with the world around her. Rapid observational drawing – normally without looking at the page – forms the basis of her art making practice. Her current works explore ideas of culture, home, homelands, landscape and belonging through the use of found images.